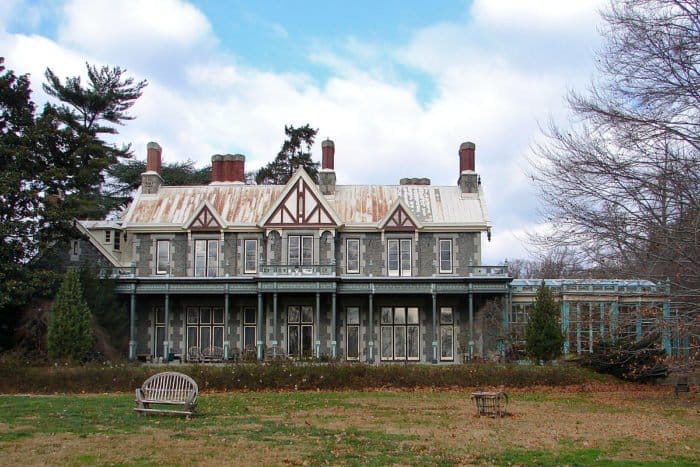 Delaware always seems to embrace its historical nature around Halloween with an array of paranormal ghost tours popping up all across the state. To get your fix this Halloween, visit these haunted attractions and fuel your nightmares for the next few months.

Experience the Paranormal at Rockwood Mansion

Rockwood Mansion may have been transformed from a 19th century estate into a museum to preserve the Gothic-style architecture and furnishings, but it seems that spirits of past residents have yet to vacate the premises. Paranormal investigators from all over have visited the Mansion in search of the many spirits known to still roam the halls, and it was even featured on an episode of Syfy networks’ Ghost Hunters. Decide for yourself if spirits still linger at Rockwood Mansion, and take a ghost tour of the property. If you’re brave enough, they also offer overnight investigations.

Originally a du Pont family estate, Bellevue State Park has a rich history dating back to the 1800s. While no legitimate paranormal investigation has taken place on the property, staff say that multiple spirits have been heard laughing, and sometimes screaming, on the second and third floors of Bellevue Hall. The state park is hosting several nightly ghost tours in October to explore the grounds at Bellevue, Bellevue Hall, and the lesser-known Cauffiel House.

Ghosts in the Graveyard at Old Swedes Church

Located near the historic landing sight of the Delaware Valley’s first Swedish settlers, the burial grounds at Old Swedes Church boasts some of the state’s first descendants. Stories of graveyard hauntings spread like wildfire throughout Wilmington during the 19th century, and some were never successfully refuted. Hear these stories, and try to solve the mysteries at Old Swedes Church on the Ghosts in the Graveyard tour.

If you are brave enough to explore the darker side of Old New Castle’s history, then join the New Castle Historical Society for a haunted walking tour throughout the town. This is the only ghost tour that brings you inside the historic Amstel House, known for sightings of the “Woman in Blue.” The same spirit is said to haunt the David Finney Inn, since the two buildings used to be connected via an underground tunnel. Hear the tales of hauntings, Victorian death & funeral customs, and crime & punishment that span the 360+ year history of this Delaware River town on the Hauntings in History tour.

Although originally designed as a fortress to protect the port, Fort Delaware was used to house about 30,000 prisoners of war, political prisoners, and deserters during the Civil War. With the traumatic history of the fort, it is no wonder that paranormal activity has been cited here. For the month of October, you can join Diamond State Ghost Investigators to explore the notorious halls of Fort Delaware and search for spirits using technical equipment.